Shikilia provides emergency cash transfers to low-income Kenyan communities that have been the hardest hit by COVID-19. Measures to control the spread of COVID-19 inadvertently destroy informal labour markets and trap low-income communities into extreme poverty. With no way of earning income and few savings to fall back on, these households suffer an attack on their health, wellbeing, and dignity. Shikilia sends mobile money installments to low-income Kenyans to replace lost income due to COVID-19 and prevent a widespread humanitarian crisis.

We are a coalition of private sector and NGOs: entrepreneurs, operators, designers and researchers, working together to meet this immediate need within our communities.

How does it work?

Using data on a range of indicators we are able to target those with the highest need, and send cash to their mobile phones using a near-universal mobile money system in Kenya.
Shikilia identifies the most economically vulnerable Kenyan communities by analysing geospatial, demographic, and telecommunications data. We then leverage Kenya’s robust mobile money infrastructure to send money directly to identified individuals. 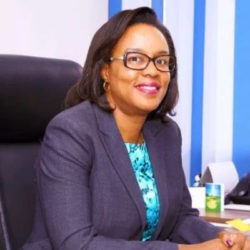 Agnes Gathaiya is the Chief Executive Officer of Integrated Payment Services Limited (IPSL) – popularly known as Pesalink. Through Pesalink banks are able to offer their customers instant payments – an account to account solution that is real time (average 3 seconds to complete transaction), always on 24/7/365, convenient – available on 5 bank channels including mobile for payments between USD 0.10 and USD 10,000. All this, while being the cheapest way to move money in Kenya today.

Agnes has more than 21 years progressive experience in organizational transformation, predominantly focused on developing strategy and providing commercial leadership in sales and business development. She has held leadership positions in organizations including Deloitte Consulting, SAP and most recently Safaricom and had an opportunity to work across Africa. She also sits on the Boards of One Acre Fund, United Way – Kenya, African Women in Fintech and Payments and the Payments Association of Kenya.

Agnes holds a Master’s in Business Administration from United States International University and a Bachelor of Science in Economics from Bryn Mawr College, USA. She has also been through the Harvard University Women in Leadership program and was recognized in 2010 by Business Daily as one of the Top 40 Under 40 Women in the country. 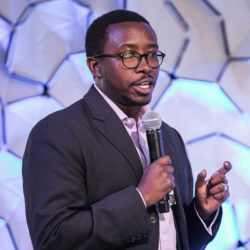 Edwin Macharia is the Global Managing Partner of Dalberg Advisors, the leading global strategic advisory firm that works collaboratively with public, private and philanthropic organisations to enable all people, everywhere, to reach their fullest potential. Elected in November 2019, Edwin’s term began on January 1, 2020, making him Dalberg’s 4th Global Managing Partner since its founding in 2001. He is based in Nairobi, Kenya. Most recently, he served as Africa’s regional director and oversaw the firm’s operations across the continent, including over 150 staff, 8 offices and 2 satellite locations. Additionally, he created a new entity at Dalberg: Dalberg 3D, a play at supporting clients to execute their strategies by crowding in talent, knowledge, capital and networks.

He advises governments, bi-lateral and multilateral donors, investors, foundations, NGOs and corporations on a range of issues including strategy, operational efficiency and programmatic implementation. These include advising a number of Presidents and their Cabinets on key issues of economic and social development; supporting African and global companies enter and grow in emerging markets; working with development actors across bi-lateral (e.g., USAID, DfID etc.), multilateral (UN, World Bank, Africa Development Bank etc.) and social sectors (e.g., Bill and Melinda Gates Foundation, Rockefeller Foundation, Alliance for a Green Revolution in Africa etc.) to develop and support effective programs; helping entrepreneurs launch products and attract investment; and working with private equity players to find, invest in, and turn-around companies.

Edwin has worked extensively with leading corporates in Kenya, having supported organizations such Safaricom, Barclays Bank of Kenya (ABSA), Equity Bank, Britam, Nairobi Stock Exchange, Centum Housing Finance with various aspects of their corporate strategies, often supporting them in their interaction with SMEs and startups. Outside of his corporates engagement, he has also worked with government other social actors to increase their SME support, e.g., for the Global Entrepreneurship Summit, in addition to building the capacity of the Kenyan Office of the President to host the event, he seeded commitments from Kenyan companies around new investments in the Kenyan entrepreneurial space, outlined an entrepreneurship-focused legacy project for the Office of the President and facilitated a human-centered design workshop on behalf of the Rockefeller Foundation on entrepreneurial opportunities within the agricultural value chain.

Edwin joined Dalberg from the Clinton Foundation where he held several roles including  Director of Agriculture, and Director of the Rural Initiative for the foundation’s HIV/AIDS Initiative. Prior to that, he was at McKinsey & Company in New York. Edwin holds a degree in Biology from Amherst College and did the Bridge program at Tuck School of Business at Dartmouth. He has been honored as a Young Global Leader by the World Economic Forum, one of Top 10 Powerful Men in Africa by Forbes and has been listed in the Top 40 under 40 Men in Kenya. He is also an Archbishop Desmond Tutu Fellow. He serves on the Advisory Board of Acumen Fund East Africa and was on the World Economic Forum’s Global Agenda Council on Risk & Resilience (14-16) and Africa (12-14). Edwin is Kenyan. 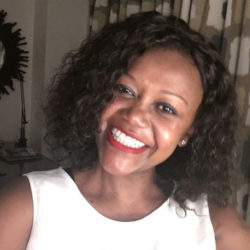 Lorraine is a Kenya-based tech entrepreneur and consultant. Her professional career has spanned 18 years with global and regional organisations Microsoft, Barclays and Unilever. At senior-level, she has led teams in multiple roles and functions including product development, tech sales, marketing and operations as well as building partner ecosystems in Sub-Saharan Africa.

In her consultancy, she worked for Africa’s Talking to commercialize its offering to develop world-class Application Programming Interfaces (APIs) that democratize access to local communication and payments infrastructure for software developers and businesses across Africa. She was able to use her business knowledge and expertise in strategy and execution to help AT identify, orchestrate, and deliver on global opportunities and partnerships, and unlock new business lines. Lorraine has an in-depth understanding of communications and payments platforms and engineering, including front and back facing systems and their interconnections and the opportunities for growth and application to multiple sectors with different needs.

Lorraine currently serves as an advisor for Endeavour Kenya, Antler an early stage venture builder and is an advisory board member for Little Cab, a Kenya e-hailing platform, and for CIO East Africa in IOT, AI and Data.

She is an alumni of Bristol University and School of Oriental and African Studies (SOAS) – University of London. 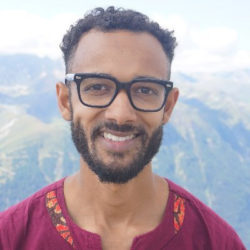 Mark Muriithi Laichena is the Africa Operations Director for GiveDirectly, a global NGO specialized in delivering digital cash transfers. GiveDirectly works in seven countries across Africa and in the US, and has launched 13 experimental evaluations with independent researchers documenting the impacts on recipients and on the local economy. Previously Mark was GiveDirectly’s Kenya Country Director. Before GiveDirectly, Mark worked as a management consultant supporting Kenya’s Ministry of Health community health team, and previously as a consultant at McKinsey & Company. Mark holds a degree in Peace, War and Defense from the University of North Carolina at Chapel Hill, where he was a Morehead-Cain scholar. 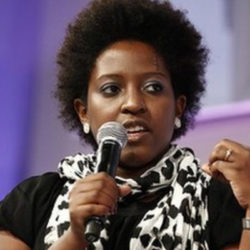 Until recently, Ory was the Managing Director, Omidyar Network and Luminate Group in Africa, both part of The Omidyar Group a diverse collection of companies, organizations and initiatives united by a common desire to catalyze social impact.

She serves on the Board of Directors of several organisations including the Thomson Reuters Founders Share Company,  Stanbic Holdings Plc and Stanbic Bank Kenya.   She is also an Aspen Global Leadership Network (AGLN) Fellow and has in the past served as advisory board member to Twiga Foods, Amnesty International Africa and Endeavor Kenya among other organisations.

Prior to this, Ory was Google’s policy and strategy manager for Africa. Ory was also at the forefront of developing technology innovation as a founding member of Ushahidi. She was the organization’s Executive Director from inception until December 2010. Ory is also the co-founder of Mzalendo, a website that tracks the performance of Kenyan MPs. In 2011 Ory was named a Young Global Leader by the World Economic Forum, and one of Africa’s most Powerful Women by Forbes Magazine. In 2014 she was named Time 100’s most influential people in the world.

Ory earned a J.D. from Harvard Law School and a B.A in political science from the University of Pittsburgh. 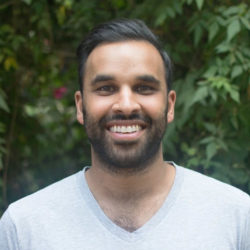 Samir Ibrahim is the CEO and co-founder of SunCulture. SunCulture develops and commercializes life-changing technology that solves the biggest daily challenges for the world’s 570 million smallholder farming households. SunCulture won the FT/IFC Transformational Business Award in 2018 and was named on the London Stock Exchange’s inaugural ‘Companies to Inspire Africa’ list in 2019. SunCulture has been featured by TED, the Financial Times, the Economist, BBC, and more. 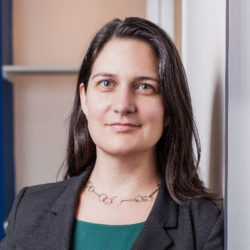 Tamara Cook was appointed the CEO of FSD Kenya in July 2019. She has been with FSD Kenya since 2014 as the Head of Digital Innovations with a focus on using finance to create value for low-income households and enterprises. She has been involved with many digital innovations including digital savings and credit, mobile health, mobile treasury bonds, mobile agricultural finance, pay as you go solar, merchant payments and mobile bank payments. Prior to FSD Kenya, Tamara spent seven years at the Bill & Melinda Gates Foundation managing a global portfolio of grants and loans supporting financial service providers reaching poor people with digital financial services. She also spent ten years with the Consultative Group to Assist the Poor (CGAP), housed at the World Bank, including a year on secondment with Equity Bank in Kenya. She has an MBA from INSEAD and a BA in International Affairs from George Washington University.

You can donate directly here or contact us to find out more about the initiative.